Finland is a country with few people inhabiting quite a large area of forests and lakes, so everyone is used to having a lot of space around them. Being different is not easy; it is not acceptable to stand out.

The stereotype of the Finnish men is they are shy but honest alcoholics who drink their Finlandia vodka from their Iittala design glasses, covered in Marimekko, wearing their Nokia rubber boots while NOT talking on their Nokia phones. Oh, and they love their sauna of course! Finnish men don’t sweet-talk, or say much at all for that matter. At least this is the stereotype. I wonder if the younger generation is different.

A hundred young men sit in the sauna squeezed in next to each other, forming a surface of bare skin. The camera is rolling. The viewer will see the individual as the men start reacting to the heat and leave one by one.

Portrait of a Young Man 2010 ) from Heta Kuchka on Vimeo. 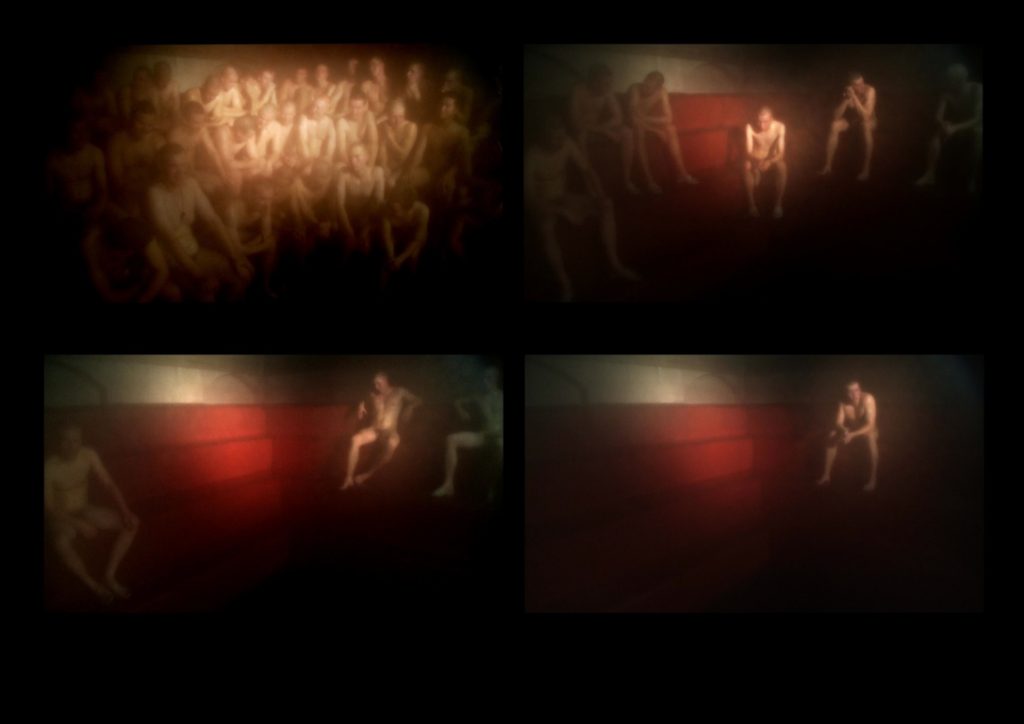