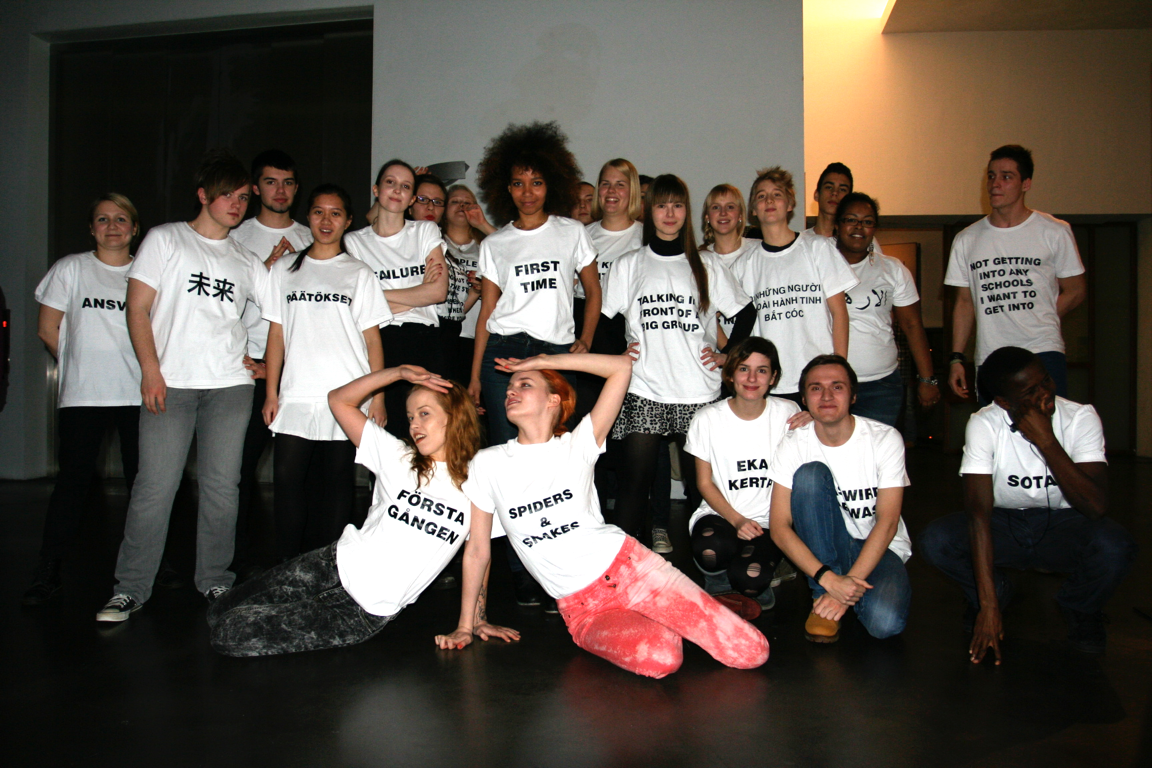 In 2010 I worked with The Finnish Museum of Contemporary Art Kiasma’s Cultural Interpreters who were a group of young people. We co-operated together with Tate Britain in London, Tate Liverpool and the Pompidou Centre in Paris through Youth Art Interchange. It’s purpose is to raise young people’s voice through exhibitions and events. Youth Art Interchange was funded by the European Commission.

Our project called First Time was exhibited at Kiasma’s Room X from November 2010 to February 2011. I had them work with the theme of fear. We ended up building a catwalk installation with a video projection which worked as a stage for live performances. There were two entrances to the space, both covered with curtains. Depending on which entrance one chose the viewer would end up either on stage in the spot light, or to the “safe” side of the room meant for the audience with the power of the gaze.

We studied the theme by sharing and discussing our personal experiences, memories and fears. For the final piece the group collected a hundred fears of young people at workshops in Helsinki, London, Liverpool and Paris. They varied from everyday arachnophobia to fear of failure and pressure from home and the media. The fears were printed on t-shirts which were worn by the groups themselves in their live catwalk performances. The participants worked on their personal fears through sharing them, by stepping in front of the video camera and finally on stage.